Another beautiful day in paradise! Started off chilly again, but by late afternoon I was running around in a short sleeved T-shirt. Our day got off to a rough start. We drove the handful of miles from our lodging to the Aarchway hotel where the ride starts. Before we took off, Beth realized that she’d left her camera back at the room. Since we already had the bikes out of the SUV, I stayed with the bikes and she returned to the room. I bet it wasn’t 2 minutes later that I got my camera out and thought…. “Hmmm, wonder if I remembered to put the memory card back last night after uploading the images?” You already know what I’m gonna say, right? The slot was empty. UGH! Not only was the memory card back at the room, so was my cell phone. So, no way to let Beth know either. When she got back with her camera, I told her about my faux pas and she graciously offered to do the trip one more time.

With all these extra trips, we were just about the last ones to leave. Most folks had 20-30 minutes on us. My comment when Beth returned the second time with my memory card was “Well, there must be around 400 rabbits out there now!” More than I’m used to, but off we went anyway in pursuit of rabbits! Actually, Beth had no idea what I was talking about at the time, so I guess I was the only one chasing “rabbits” this morning.

It was kinda nice being at the tail end because we didn’t have to worry too much about other riders as we gawked at the cliffs and bluffs that rose up on either side of the Colorado river. The cliffs on the far side of the river were being bathed in morning sunlight and were “on fire”. On the near side of the river we rode in the shadows of steep canyon walls that blocked all the sun from reaching us. I was glad I had on my long tights again, long fingered gloves and my wind jacket. Pretty much everyone was dressed with an extra layer today. The road followed the river and wound through the red rocks like a snake. There were more “rollies” today that I thought there would be, but the road wandered away from the river and up and over bluffs. It was spectacular to look up and take in the panoramic view.

We had snacks and lunch at Red Cliffs Resort — very nice.  The resort had horses, cabins and access to the river. Might be a nice place to come back to sometime when I have more time to explore on foot.

The ride out finished with a long downhill. The rest stop and turn-around point was right at the bottom of this LOOOOONG descent. I think this should be against the law. It was not a big deal to climb back out — but it is probably one of my least favorite things to encounter on a ride! Once we got over that first climb though, it was back to rollies — and this time the grade was tending down instead of up and we had a nice tailwind. (I forgot to mention that we had a stiff breeze/wind at times on the way out). I got back to town at 2pm sharp.  I did laundry and then Beth and I took in a couple of the local bike shops. I must admit, I do like to “shop” in bike shops. Didn’t need anything and only picked up a tee shirt and a pair of “Arches” bike socks — but it was fun to play “biker tourists.”

We thought we’d have dinner at the “Cowboy Cook-out” — but realized as we were heading out to the ranch that we hadn’t purchased the required meal ticket…. DUH! Just as well, we ened up eating with the ABB- East riders and a couple of their friends. Had a wonderful mexican meal at a local “hole in the wall” and there was lots of ABB-stories that had everyone howling! Great bunch of folks! 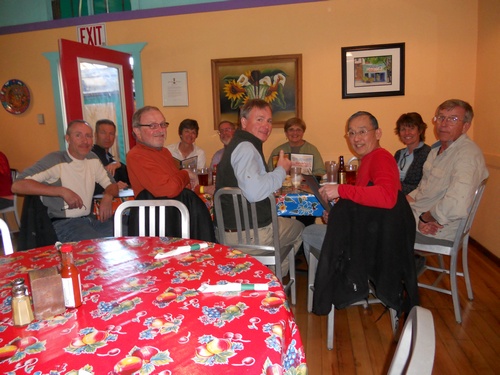 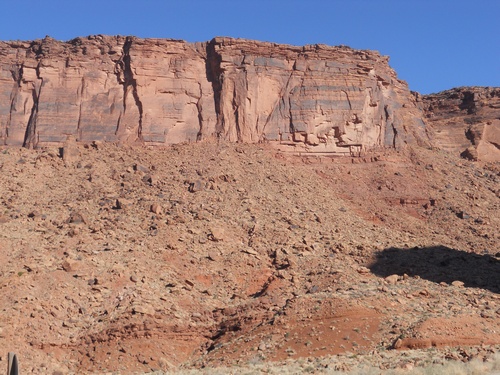 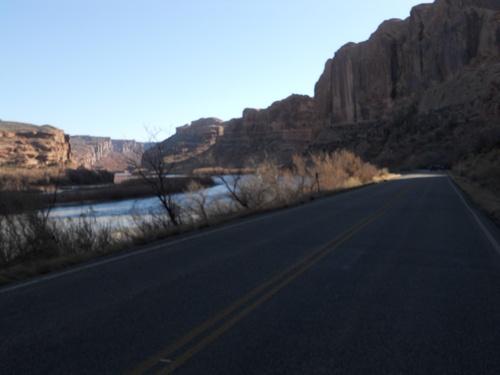 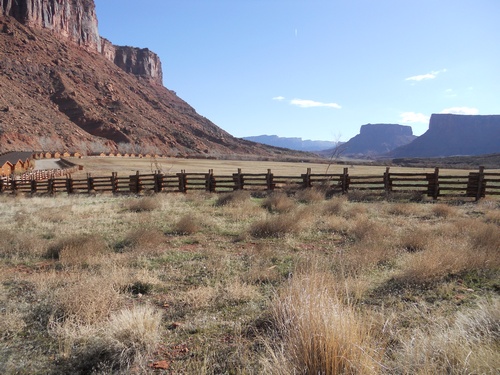 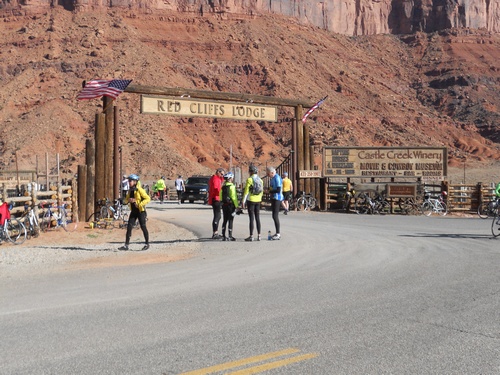 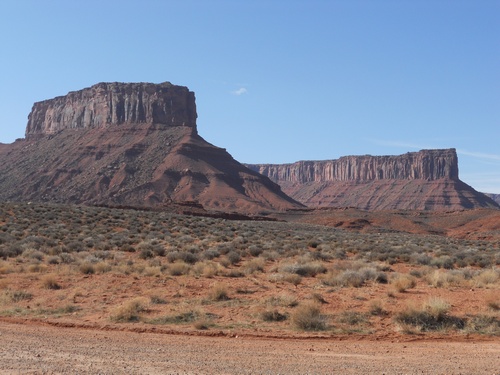 JD, the event photographer caught up with us and offered to take our picture. Nice job, eh? I remember seeing him with his camera everywhere yesterday — I thought there must’ve been several clones running around. Today he was riding with everyone else, but still managing to take photos too. 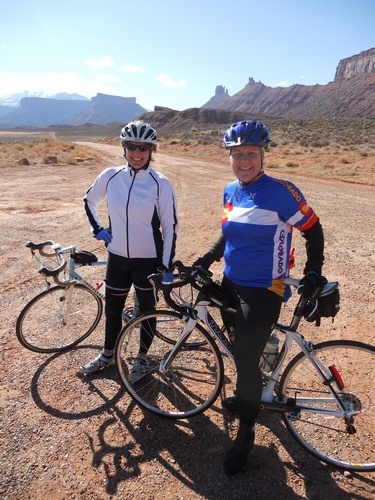 This is the turn-around point. At the bottom of the hill…. UGH! 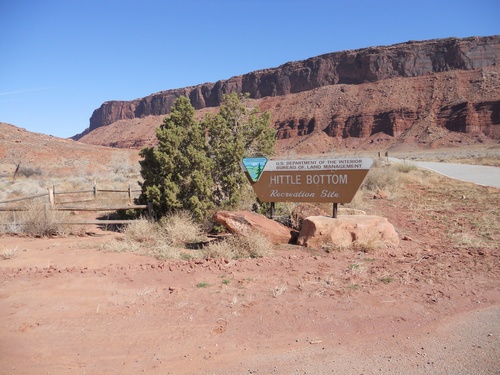 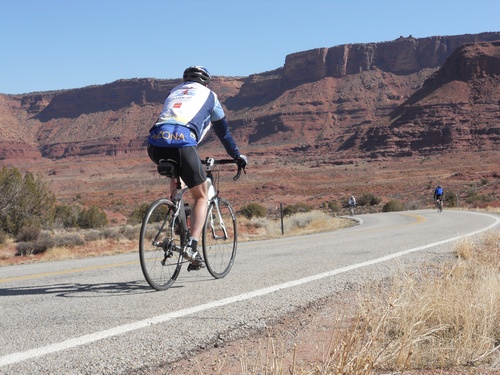 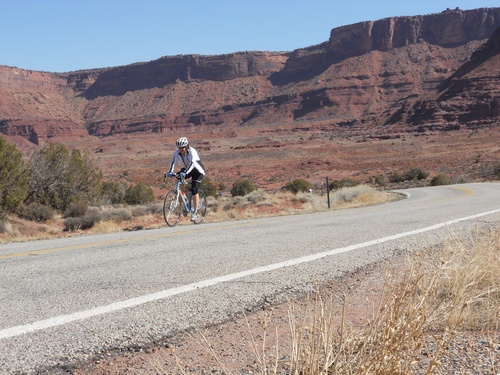