My new bike club, Blue Sky Velo (www.blueskyvelo.com) has a yahoo group set up for the road riders. Yesterday, one of the members posted a Sunday B-ride that looked interesting.  The plan was to meet at Vic’s Coffee house on the central, west side of Longmont and ride into Boulder as a group, take a coffee break and ride back. I was really torn about whether or not to join in on the ride. Generally I take a rest day after a tough velodrome workout but I am anxious to meet the other road riders and this would be a good opportunity to do that. I was still undecided as I drifted off to sleep last night. But, when I woke up this morning, I knew that I really wanted to join the ride. I hustled thru my chores and headed out of the house at 9:20am so I wouldn’t be late. It didn’t take me as long to get to the rendez-vous spot as I thought it would so I arrived with plenty of time to get ready. No one was there when I arrived, but departure wasn’t until 10:00, so I took my time getting ready. Even after I had Pogo packed and ready and I had stretched and stretched some more no one else had shown up. I wondered if I had gotten the meeting place or time wrong or if the ride had been called off because of the cold. It was all of 20F and noticeably chilly. I hung out until a few minutes after 10:00 and then decided to head out on my own. Not like I’m not used to riding by myself. And, since I was feeling more like putting in a “recovery” ride than a pace ride, I was more than content with the way things worked out.  (Turns out, I remembered the start time incorrectly — departure wasn’t until 10:30am. Oh well, I’ll try to get it right next time.) 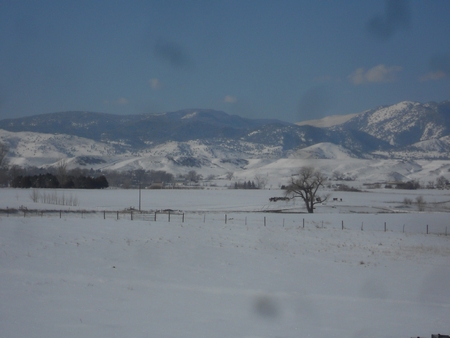 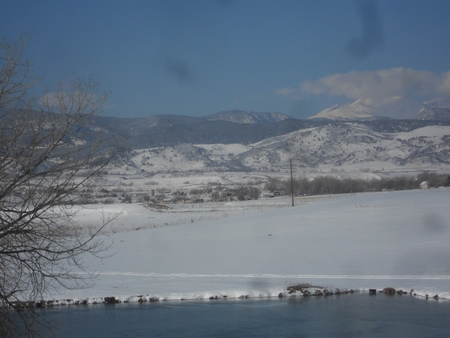 I rode west towards the foothills. I missed having my Garmin305 and my heart rate monitor as I love following the data and seeing how my body responds when I’m climbing or pushing the pace. I suppose not having these gadgets allowed me to do a true recovery ride. Maybe even a bit more leisurely than normal. I took in the scenery, stopped and took photos of the fresh snow on the foothills and of a hawk sitting in a big  cottonwood tree looking for breakfast in a nearby field. 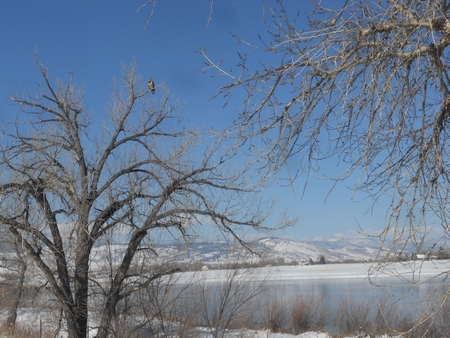 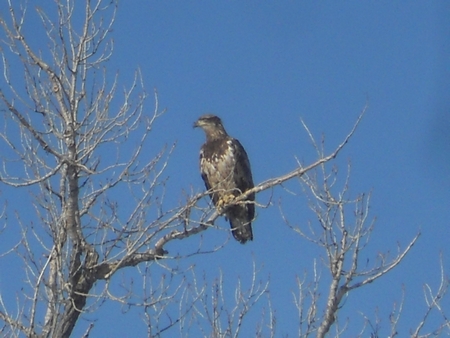 The roads were a bit sandy but the shoulder was visible and I had plenty of room to ride safely out of the traffic.  It was cold enough that I really didn’t want to get up too much speed. I was very content to meander along at 11-12 mph. Luckily, I was on a slight uphill grade for most of the ride until I hit Hwy 36 — my turn around point. I honestly can’t say I was thrilled at the prospect of riding back down to the coffee shop. Normally, taking Nelson road back into Longmont is a blast. The downhill is enjoyable and there are at least two stretches where you pick up lots of speed (over 30 mph without even trying). I gritted my teeth, pulled up my fleece neck gaiter and took off. Brrrrrr. Of course, it didn’t help that I had gotten a little sweaty on the climb up to the turn-around. Now I think I had icicles where there once was sweat! 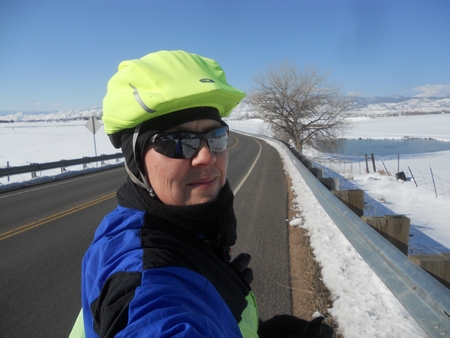 The ride back was chilly, but quick. Almost as soon as I turned around I noticed a big plumb of smoke — right were there is a horse boarding facility. It looked to me as if a hay barn might have gone up in flames. Within a few minutes I rode past the property and it looked like it was a hay fire — but a controlled one. There were fire trucks there (no sirens or panic) and the fires was isolated in an open area away from all structures.  From the plumb I could tell that there was no north-south component to the breeze and that the little breeze there was seemed to be coming out of  the east — right into my face now. 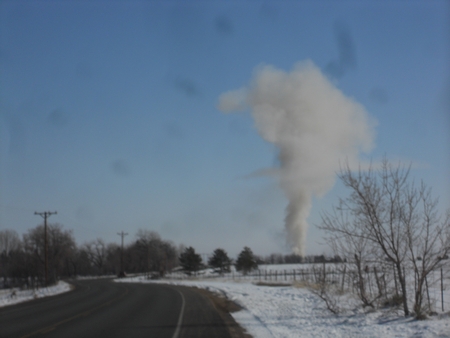 I was tempted to extend my ride once I got back to Vic’s Coffee Shop, but decided to end on a good note and pulled in to the parking lot. My last task was to pick up a Latte for Beth and then I was off for home. Glad I had made the effort to ride today — wishing the miles had come a little easier. On my way home (in the car) I pulled over to watch two bald eagles! AMAZING. I took a photo with my little cycling camera — the photo didn’t come out all that well, but you get the idea.  I had no idea we had bald eagles in the area. I’ll be keeping an eye out for them along the river now that I know they’re here! 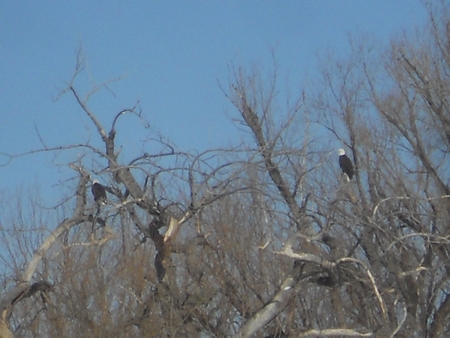