Paul McCarthy offered up a road ride to the Blue Sky Velo (BSV) club that was a bit out of the ordinary. Most of the rides so far have been down on the flats in the Longmont area. Paul’s ride started at the Nederland Park ‘n Ride at 8,200’ and would go up hill from there!

It was just my kind of ride! First one at elevation for me this year, but I was eager to give it a try. Three of us met at the Park ‘n Ride and waited on two others (Doug & Jeremy) who had RSVPed. After about 15-20 minutes of waiting and wondering, a text or phone call cleared up the situation.  Doug and Jeremy had found a public parking lot and took it to be the Park ‘n Ride. So they were waiting there for us while we were waiting a few blocks away for them. Made me chuckle to think that anyone could get lost in such a small town. I think Nederland may be 6 blocks square!

Once we found each other we stayed together the rest of the morning. Our tour guide, Paul, took us all over his “neighborhood.” First we rode a short out-n-back to the tiny mountain town of Eldora. Doug was riding his cyclocross bike and gravitated to the sandy shoulder and was hardly on the pavement at all. The town was quaint and a good warmup for what was to come.  From there we headed south, and up hill on the Peak to Peak highway. We didn’t stay on the highway long. When we got to the turn-off for Coal Creek Canyon (Hwy 72) we took a very sharp left hand turn. That rolled along for a ways until we came upon So. Beaver Creek Rd. This was our (except for Doug who avoided pavement like the plague!) first adventure on dirt for the day. The road was in excellent shape and was almost as hard paced as asphalt. I used to live in Coal Creek Canyon some 17-18 years ago and rode my bike in these parts back then and I don’t remember the roads being this nice!

That road dumped us back on to the P-2-P Hwy where we turned left and started to climb again. We kept going until we got to another dirt road with promise. I had taken this particular one, The Gap Rd, many many times while living in the canyon. Again, the road seemed to be in better shape than when I lived up there.  We only road to the Panorama Point where I snapped a shot of the guys in the new BSV kits. 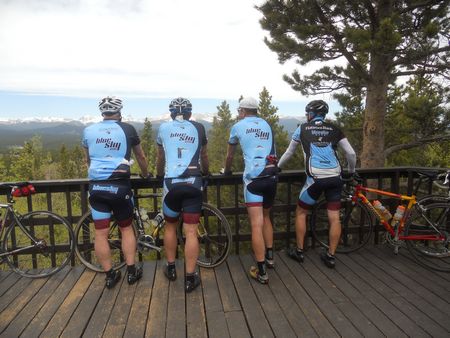 Okay, here’s what the other side of the kit looks like. 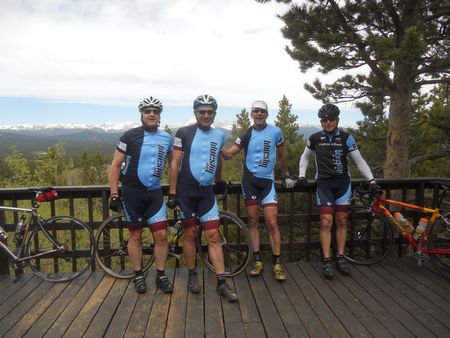 This ended up being our turn around point. Paul had some other options that included dropping down into the Golden Gate Park (via dirt!) and climbing back out (via asphalt) but as a first ride in the mountains – this was perfect for me.

No one was out to set a killer pace. Everyone was getting a good workout but we also were able to visit a little as we rode along.  I knew both Paul & Doug from riding at the track. This was the first time I’d ridden with either Mark or Jeremy. Both were strong riders and really nice. Actually, I haven’t met anyone in BSV that I haven’t liked right off the bat. It was a neat feeling to be part of the club. We were all wearing the new BSV kits.  I must admit, it felt great to be part of a club/team. I spend so much time riding by myself — it was a blast to ride with my new BSV friends! 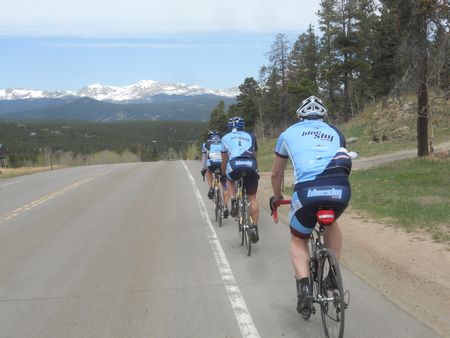 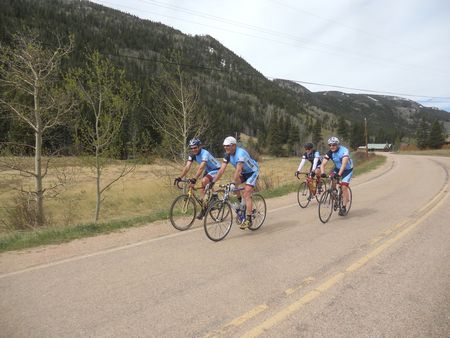