I rode with Debbie today. She’s one of our slower riders but very fun to be around and the gal she’s been riding with left the tour early. It was hard to leave the Stonewall Jackson hotel — wow was it upscale! We left after a wonderful breakfast and rode off with blue, clear skies. 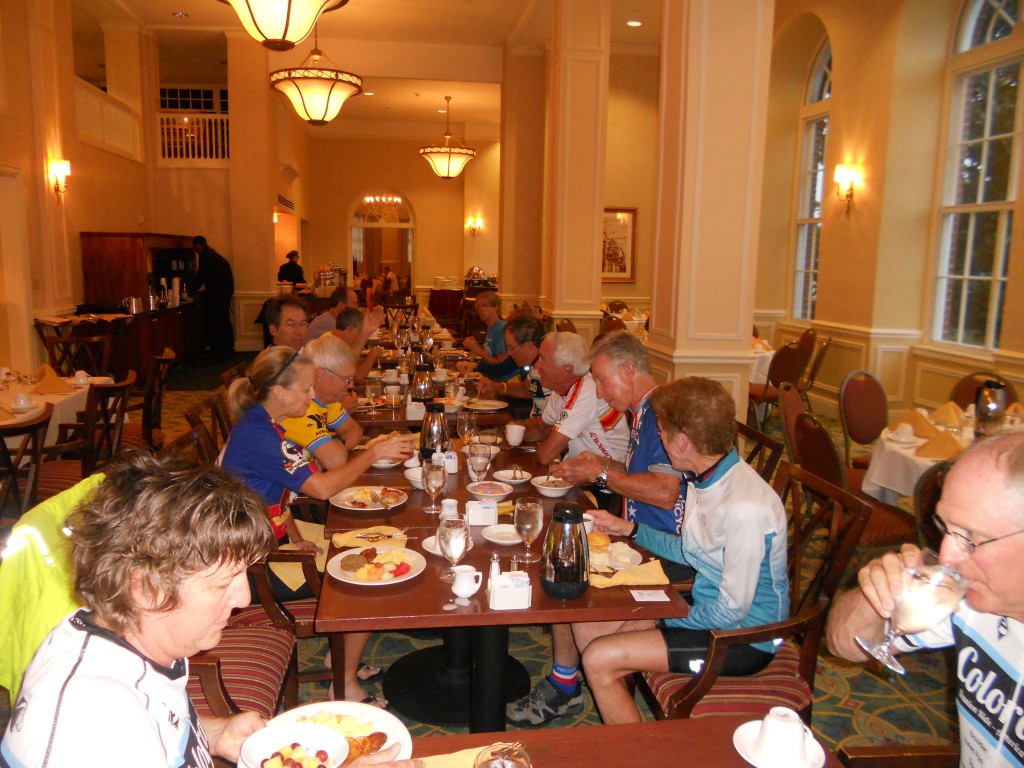 I left my bootie covers in my luggage today but carried my rain jacket.  The terrain is similar to what we’ve seen during the first four rides — rolling hills, some slightly longer climbs but not as many ‘V’ hills as we’ve seen recently. Since I’m a stronger rider than Debbie, today was a little bit of a recovery day. I did not push the pace, or charge up any hills. As a matter of fact, I rode up rather conservatively then waited at the top for Debbie. 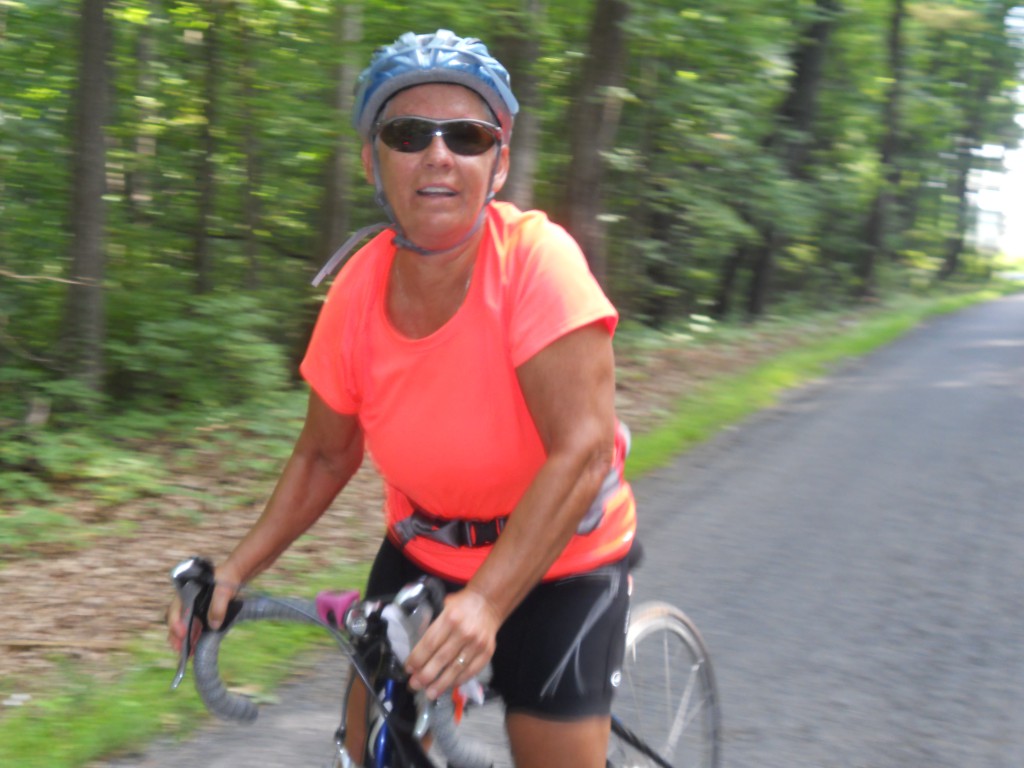 David, Leo, Randy and Beth all rode up Mt Vesuvius — since I was riding with Debbie, I skipped that little detour. I kinda wished I had been able to do that too, but there will be plenty of climbing so missing out on one “little hill” won’t kill me. That “little hill” was only 3 miles long — but had about 2,000′ of elevation gain, with some 25% grade and an average grade between 9-10%.  They all made it to the top …. and all look a little more tired than I am tonight!  😉 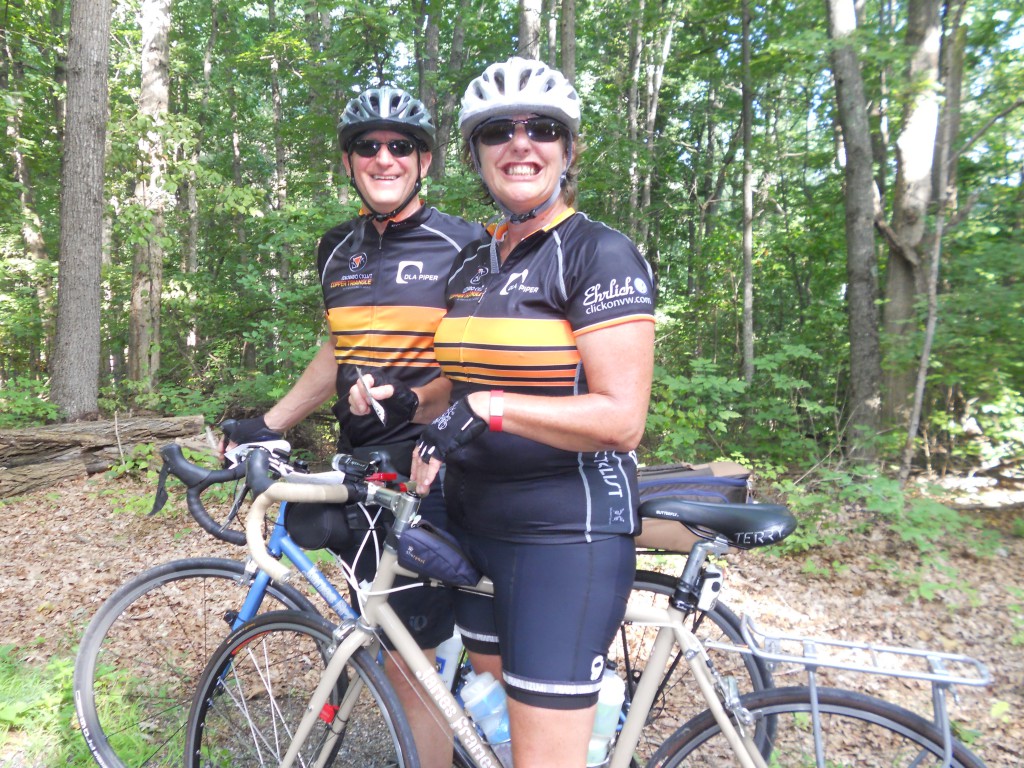 We rode along a river on a relatively flat road for about 10 miles — THAT was different!! We also got some great views of the mountains off in the distance and lots and lots of green pastures. Debbie and I also had a pit bull come out and ‘visit’ us while we were climbing a hill. Luckily, it was a friendly dog and left when I told it to “Go  home!” in a stern voice. Both Debbie and I were more than a little concerned at first, but it all worked out fine.  We saw llamas, horses, cows, coon dogs, rabbits and more. 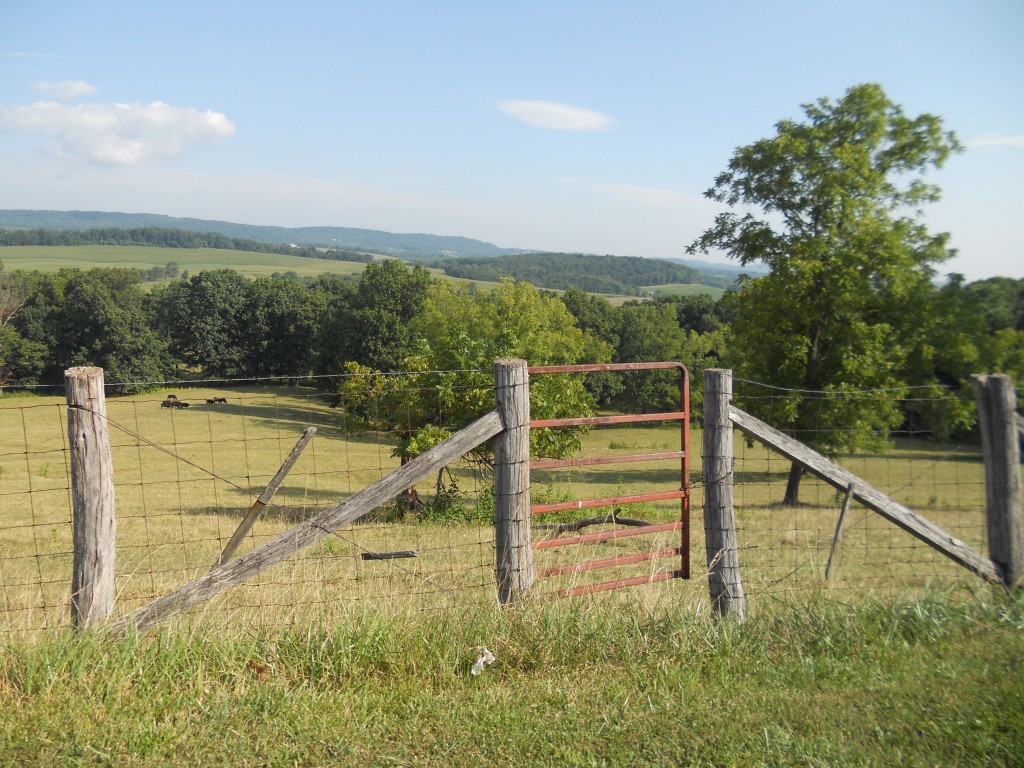 It is soooo green here and the locals are all complaining that it has been a dry summer. I’ve seen more rain in the last few days than I have in the last few YEARS in Colorado. Tonight when it rained before dinner, I’ll bet there was an inch of rain in less than an hour. Sheesh. Hope our luck holds and we get another great ride in before the thunder-boomers come through.