Believe it or not, this event was not even on my radar a few months ago. Yet, here I am — about to race on the Manchester velodrome against some of the fastest women (my age) in the world!

The trip actually started a couple of days ago when Jen Dorsey, Chris Ferris and I piled all our gear into the ‘Burban and headed out to DIA. Lugging heavy bike boxes and over-weight suitcases. Jen and Chris went to concourse C for a Delta flight thru Atlanta. I made my way to concourse B for a United flight by way of Newark. I almost didn’t go at all thanks to a hurricane forming on the east coast. I told the ticket agent that I’d take my chances and looked forward to the opportunity to sleep in Newark airport should the occasion arise.

Miracles to happen. Even though our flight arrived late,  the Manchester plane waited for our flight. It was a full flight but I didn’t even notice. I had a window seat, a pair of eye shades and my Bose headset.  I slept almost the entire flight and arrived in Manchester to find Chris and Jen waiting for me. So was Jim Lawrence who apparently was on my flight.  It was awesome.

Once on the ground, we quickly realized that we had forgotten to make travel plans for getting us and all our gear from the airport to the Air B&B house where we were staying. oops. Again, luck was with us. Jim had made plans and when the UCI transport folks came to get him, we got down on one knee and pleaded with them to bail us out too. Peter and Franky were our heros. Peter made Chris write a million “I will make adequate plans in the future” — small price to pay. Franky loaded up our bikes in his van while we grabbed a taxi with our suitcases.

The taxi dropped us off at the velodrome. We hauled all our gear into the building. It was an impressive, relatively new building. Nothing like my Colorado velodrome experience. The lobby and reception area looked more like a museum or modern art lobby than that of a sporting venue. The velodrome is not visible from the lobby. You have to go thru a set of doors and down some stairs that take you under the velodrome and drops you at the infield. Pat and Andy, friends of Jen & Chris already scoped out the scene and had a nice spot on the back stretch staked out for us. We added our bikes and gear and I went about putting my Fuji back together. No damage during travel and reassembly went smoothly. Jim Lawrence was not as lucky — TSA opened up his bike bag, rearranged things and haphazardly repacked the box. A wheel axle was placed against the frame and scratched the crap out of Jim’s high-end Fuji frame. It looked to be mostly superficial though so Jim will at least be able to ride the bike this week!

I rode the rollers for 30 minutes just to get my legs moving again. I felt pretty good — better than I expected after crossing The Pond. I was tempted to ride more, but resisted. We spent the afternoon getting things setup, eating lunch at the little cafeteria on site, visiting the adjoining bike store (“Evan’s”), and shopping across the walk-bridge at ASDA (the Walmart of England).

Our lodging is an extremely short 5 minutes from the velodrome. Pat and Andy had arrived the day before so the house already open and welcoming. Homes in this part of Manchester are tiny. Maybe they all are. Our house is 3 small bedrooms, a living room and a kitchen.  There are three beds — two doubles and a single. And there are 5 of us here now with a 6th due to arrive soon. I grew up playing a game called ‘Musical chairs” — and the sleeping arrangements remind me of that game. I was kinda odd-man-out and opted to sleep on three cushions taken from the small sofa and chair in the living room. I harvested them and dragged them up to the second floor and made my bed on Jen & Chris’ floor. It ended up working really well. I slept like a baby.

The week is off to a good start! 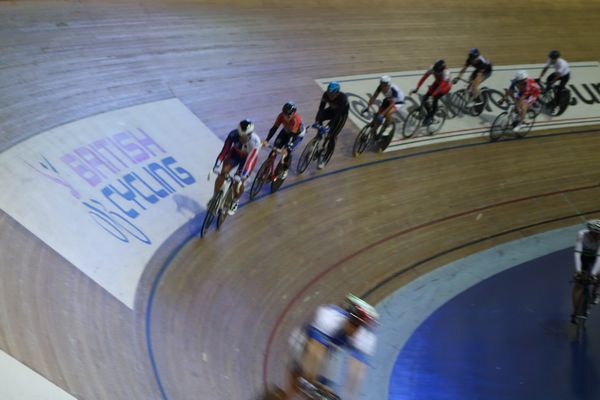 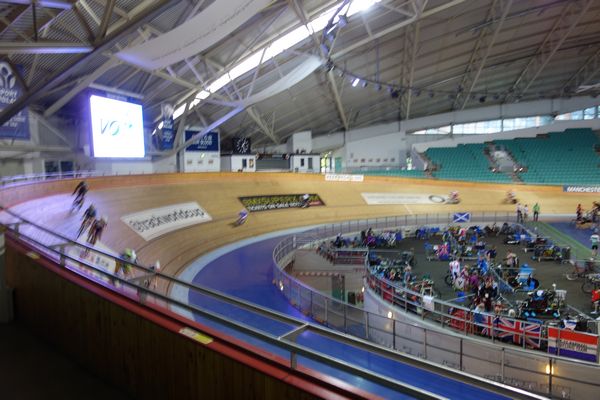 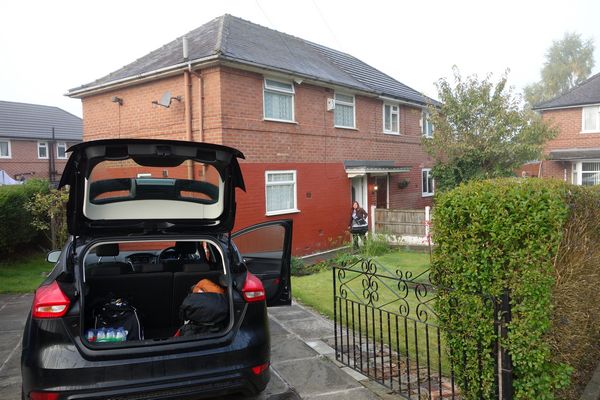 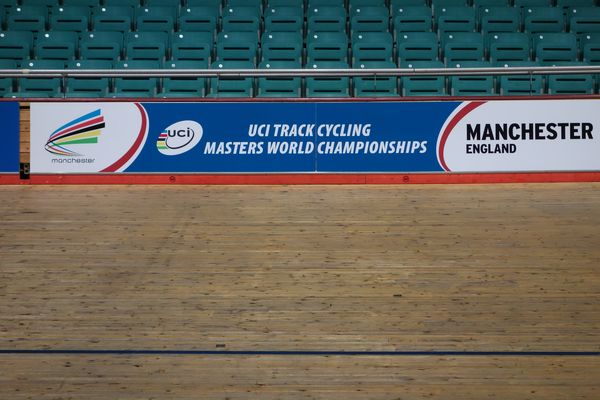 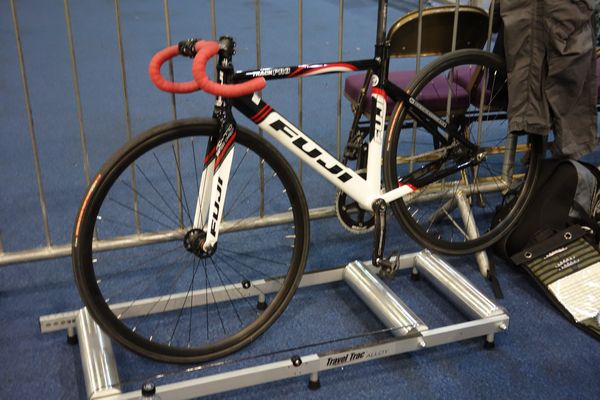 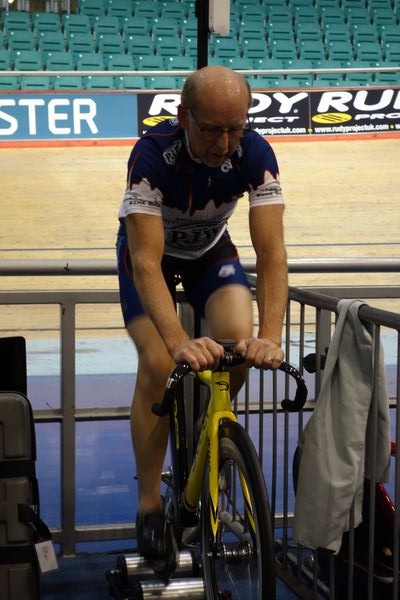 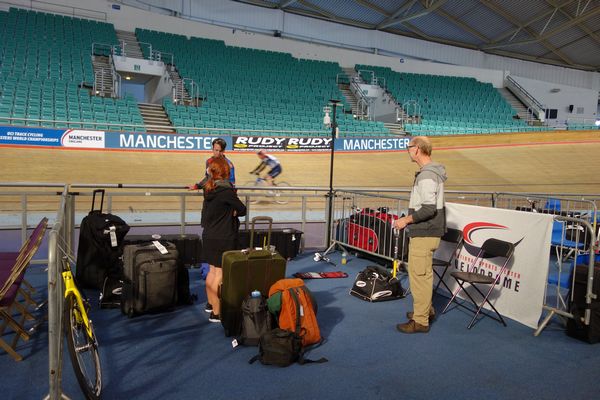 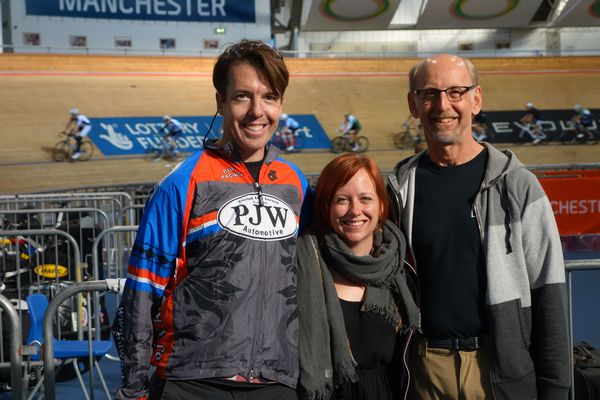