OK — I spent most of my evening writing yesterday’s blog about the ferry ride. That was much more interesting than today’s 113 mile ride through rural Michigan. I’ll put some pictures up, but it really was a rather uneventful day. We saw some cool buildings and, of course, great GREEN fields and forests. I do love the trees! Today I rode with Andrew mostly with other riders joining us from time to time. Andrew’s 7pace is very close to mine and it is easy for us to ride together — that, and I really enjoy his company. We both agreed that today we needed to focus on keeping the pedals moving (not stopping for lots of photos or taking long SAG stops).

As a result, most all my photos were taken on the move so some are not as crisp as I would like.  We met our goal of moving right along though and were at the hotel at about 3pm. I rode the 100 miles in just under…and I do mean JUST.. 7 hours. This was our last (of seven) century ride. We have 92, 87 and 86 milers left but nothing over 100 miles. I’m glad the longest ones are behind us! Tomorrow we have a later load and a mere 79 miles!

Can you guess what this crop is? My Dad grows this and Beth and I like it best when I cook it on the grill…. I believe what is in this photo has been left to go to seed. (Just a hint… and I’m not talking about the lovely flowers in front of the crop) 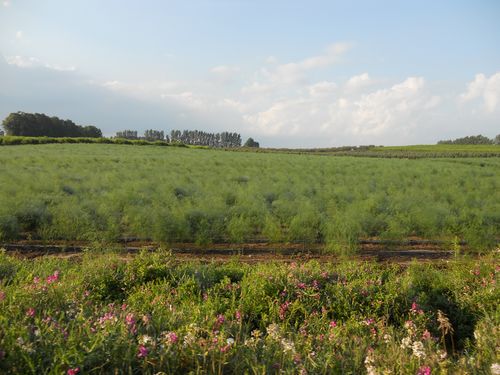 For the most part, the farms we saw today were very well groomed and immaculate in their appearance. Most of them were dairy farms. Not quite as much standing water here — but lots of GREEN! 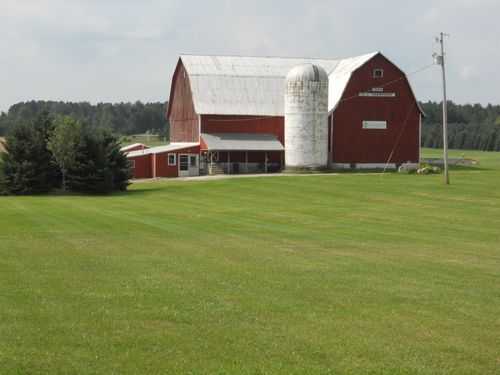 I bought a pint of chocolate milk at one of the convenience stores along the way. At the next one, Andrew bought a half gallon! He has a pannier on “the Tank” so drank part of it and carried it along to sustain him as we rode. 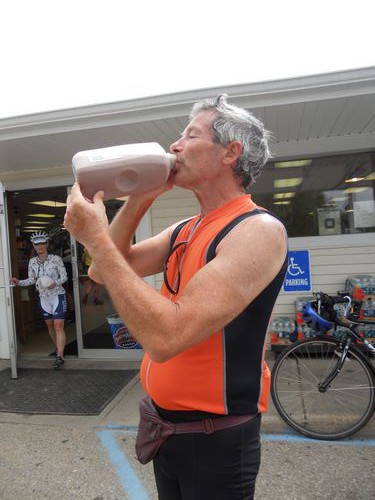 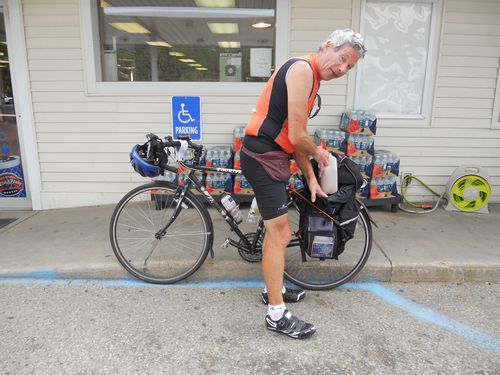 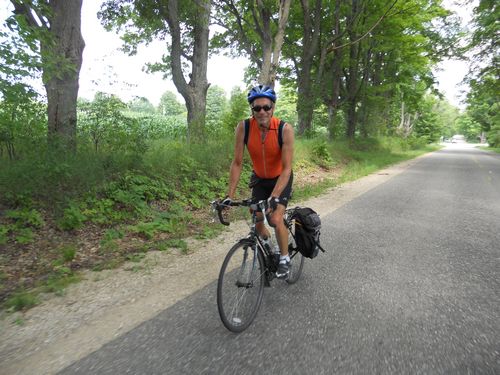 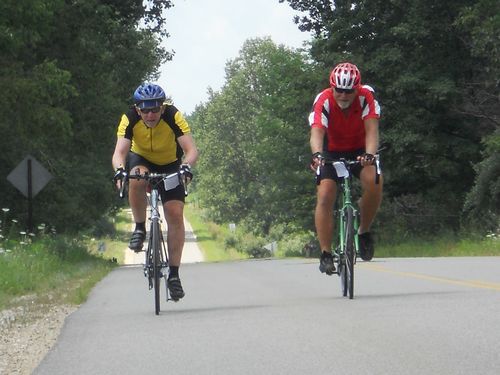 This is a shot of (l-r) Leo, Andrew, Beth and Tom (Fort Worth).  Ya gotta wonder WHO would wear a long-sleeve, neon-green shirt on a day like today…. I know his sister has asked the same thing before and the answer is always the same – LEO! 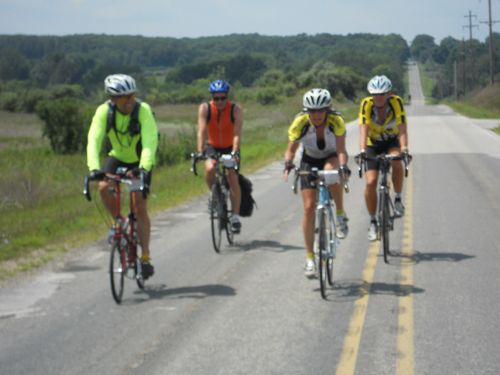