Today was a first for me. I don’t think I’ve ever commuted to/from work by bicycle in the month of December before. Very cool, indeed!!! (No pun intended….)

It was a goal of mine this year and I accomplished half of that goal today! Of course, the unseasonably warm weather made it relatively easy to do. When I left work at 2:10pm this afternoon, my iPhone weather application said it was 50 degrees F in Denver. And, all the flags were hanging limb against their flag poles. I couldnt’ get on the road quickly enough!

As I rode away from the LGS parking garage I felt like I was riding back east. Although it was pretty warm, the skies were gray and the sun was hiding behind thick clouds. I much prefer Colorado’s brilliant blue sky and radiant sunshine.

Motoring along at 18-20 mph was chilly inspite of what the iPhone application said! I was glad I had several layers on as well as my new winter cycling shoes. I checked the application a few times during the ride and at the half way point (by time) we had somehow “lost” 5 degrees. I felt chilled a few times starting up after waiting at a stop light for a couple of minutes. As long as I kept riding I was fine. My feet still got cold by the end of the ride — but I really only noticed them the last 20-30 minutes. Guess there is still some room for improvement there. 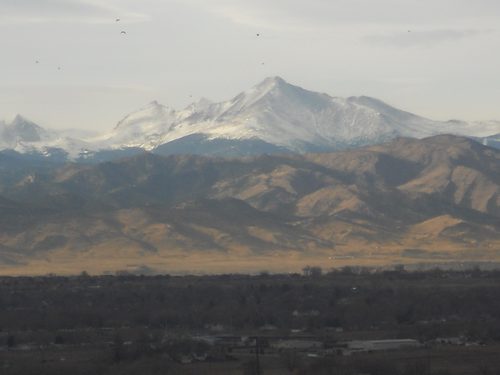 Evidence of winter is everywhere — from the brown foothills to the snowcapped Rocky Mountains behind them. The upper atmosphere experienced high winds today, but it was pretty calm down were Scooter and I were. 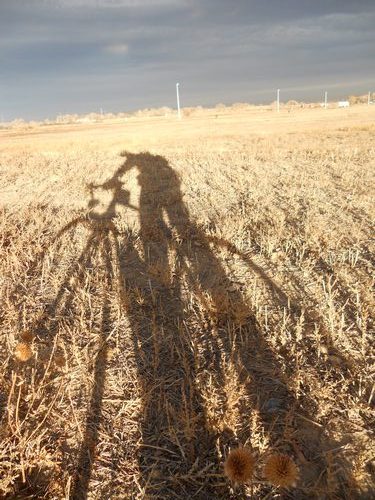 The sun finally poked out from behind the clouds for the last 30 minutes of my ride. This photo also shows the dense clouds that were overhead and to the east of us. 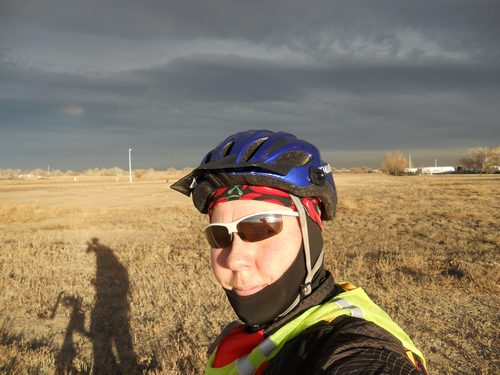 I never like photos of myself — especially all bundled up — but this does prove that I was there I suppose. 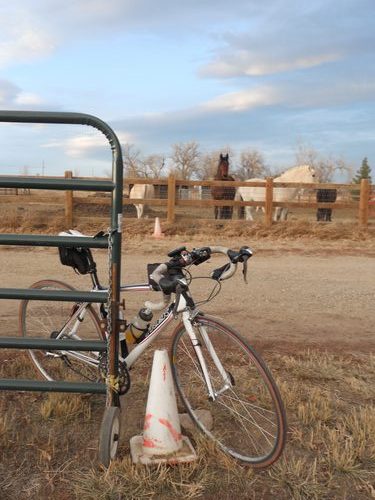 Scooter and I pulled into the farm about 4:30pm — just as the sun was setting. Today there were less than 10 hours of sunlight. In order to get home before dark, I ended up taking a half-day of vacation. Tomorrow I’ll probably take the other half-day so I can wait for it to warm up a bit before I head out.