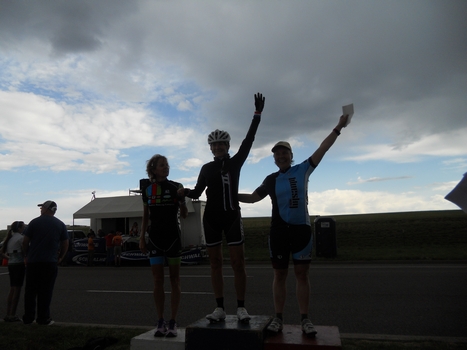 Kristine Johnson won, I came in second, and Ellen Hart came in third just a few seconds behind me. 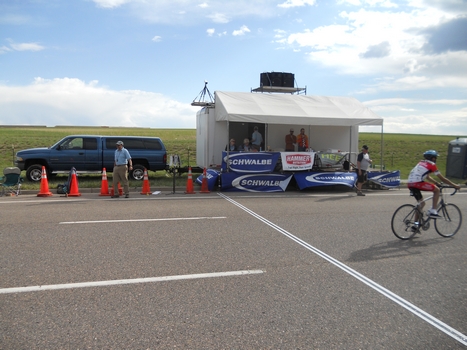 The Juniors raced after us. This is a shot of the start/finish line. Out in the middle of nowhere!!! 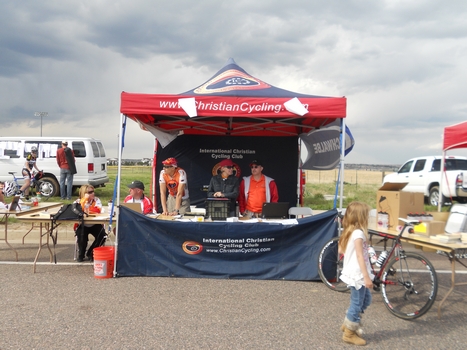 The Christian Cycling Club hosted the event. Maybe it was selective hearing, but Michelle told me they actually said a prayer before the race. I missed that one! 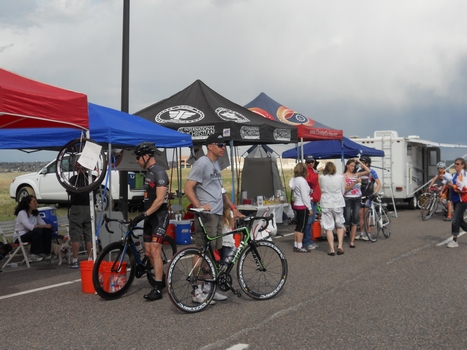 A shot of the vendors who were there supporting the event. It was a nice
event. 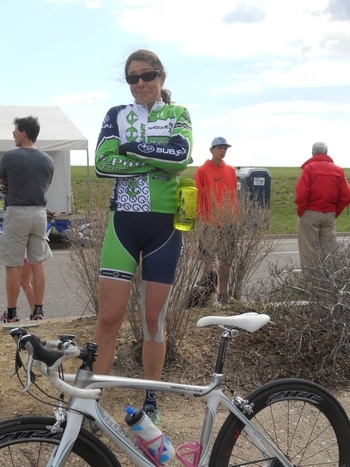 Here’s a shot of my friend, Michelle. Looks like she’s got her eye on this little Trek. I think it is WAAAAY too small for her!