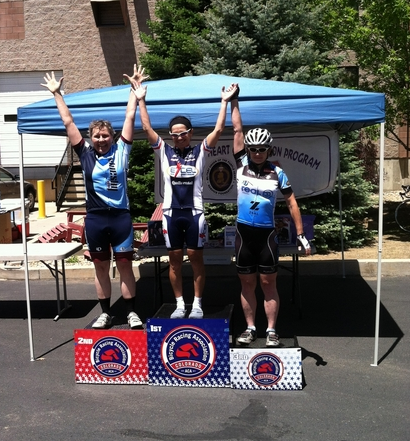 Carla Flores on the top step, me in second and Ruth Alexander in third.