Today was our first day of riding in the Blue Ridge Mountains. We all gathered beforehand to take a group photo. There are 14 of us from all over the country – Walt and Jim have ridden before, Debbie and Denise have been doing reunion rides together collecting all 50 states, Jan and Larry are neighbors in Estes Park, Lisa is from Iowa and Dan and Judy are from the Boston area. Judy is normally on-staff but this time around she’s “just” a rider like the rest of us.  Then there is our little band of five, going by either the shiny or wooden nickel (depending on how old we’re feeling) – David and Leo Anderson, Beth Laber & Randy Billinger and me. Such a motley crew! 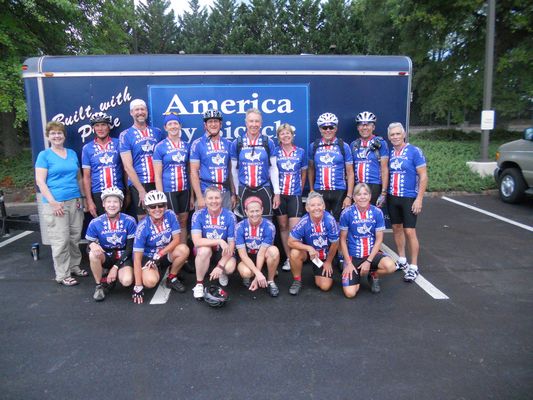 Weather forecasts looked pretty good as we pulled out for a long 65-mile day. We rode on some mellow terrain until we got out of town and then the hills started to appear. It was as if someone picked up the ground like a table cloth, shook it and then put it down with a million little (or not so little) wrinkles in it. The hills just kept coming…until we turned left and encountered a very steep section that just climbed. It was at least 9% and the pavement was rough which made it even more of a challenge. But, we all got up it and continued on. We rode up to the entrance of the Blue Ridge Parkway but didn’t enter the part today. Apparently, we’re saving that for another day. There’s plenty of hills here to go around, that’s for sure. Very different than the ones I left behind in Colorado. Here the grades are much steeper (in general) but the climbs are also much, much shorter. No 8-9 mile extended 4-5% grades. But you’ll have your fill of quarter to half mile of steepness that will really get your attention.

We rode through some beautiful farm country. It is difficult to get your bearings here because there are so many trees. You often can’t see more than a couple turns ahead of you and unless you are at the top of some big hill — you can’t tell if or where the nearest town is.  It has been at least four years since I’ve been surrounded by so many trees. Although I love it, I must say, they get in the way a little when you’re trying to figure out the “bigger picture.”

I felt strong today. Our band of five rode together much of the day. Dan and Judy joined in with us. On the second half of the ride, Beth and Randy dropped back a bit while the rest of us pushed on. The hotel is nice — and we get to stay here for two nights. We had dinner at … a buffet. Probably a bit more upscale than the ones from the cross country tour, but a buffet none the less. We all crashed pretty early knowing that there are more hills for us tomorrow.  The routine of an ABB ride is coming back quickly and it is so great to see Barb, Mike and Karen again. Just like old times, with new friends. 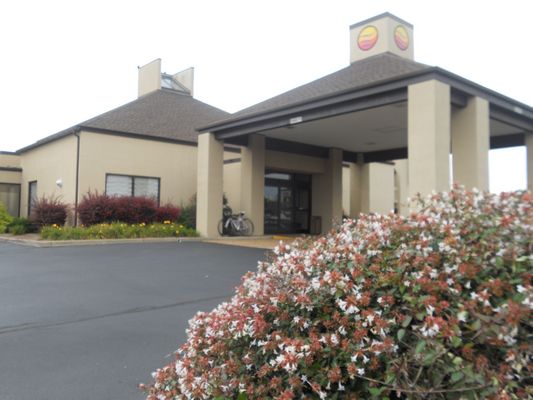 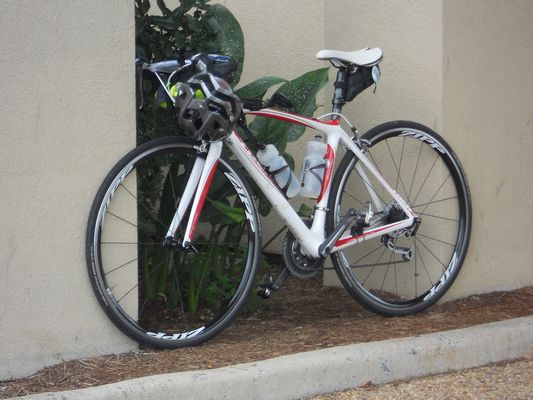 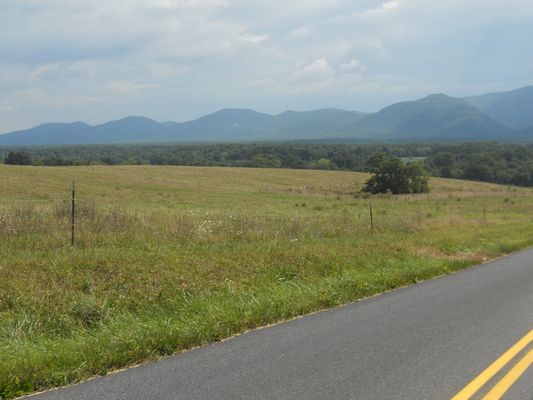 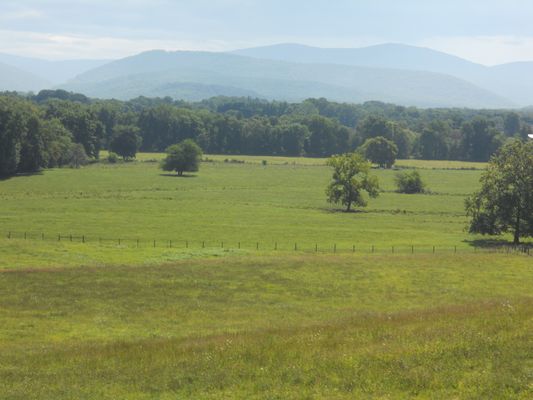 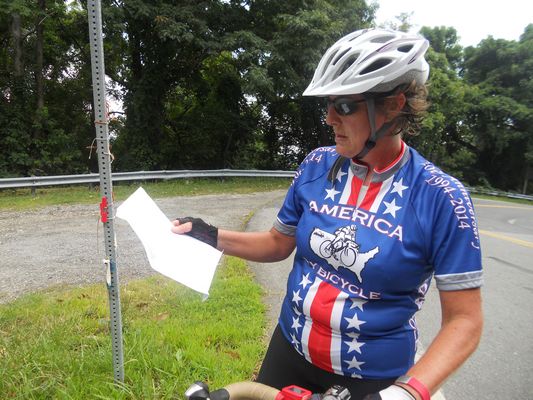 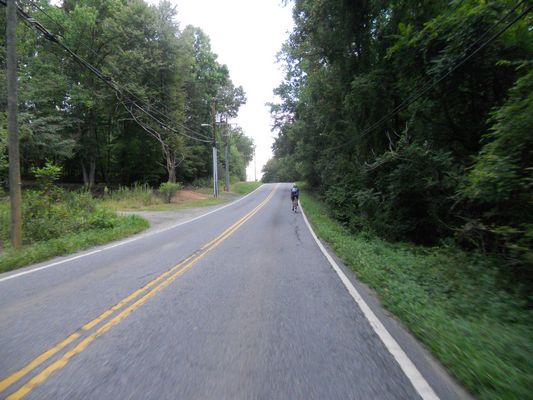 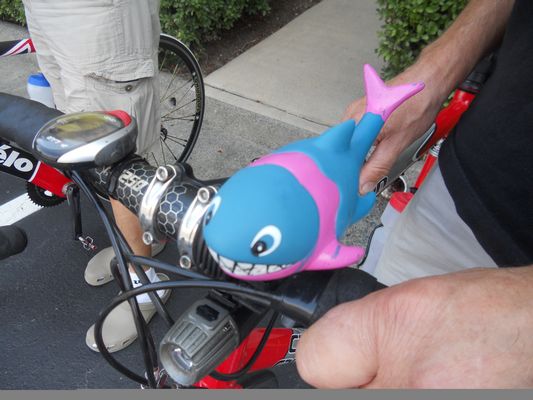