I’m going to post this before the hotel’s wireless goes down again….

We had a great day — pushed along by another wicked strong tail wind. Noticed it most when we turned in such a way as to makie it either a cross wind or a head wind.

Visited Shoshone Falls and then rode through more agricultural land. I’ll bet most of you can guess what crop we saw the most….yup….’tatters. Mile after mile of irrigated potato fields. Once again, without the irrigation water, the land out here is very dry and barren.

We had our scavenger hunt today. I teamed up with Leo, Rod and Todd. Our team name was “Loose Change” or “A Penny Less Than a Nickel”.  The list included several things we’ve been seeing along the roads — a piece of a fan belt, a bottle top, a piece of a tire retread etc. There were probably 15 or 16 things total with the possibility for extra credit. For instance, one item was a flower, with extra credit if the flower was blue.

After dinner and RAP Jeff  led the festivities. Teams got together and Jeff went around asking for each item in order. Mike, Shirley and Deb were the Judges and Barb was keeping order in general…mostly keeping Mike under control. Before everything was over I think Barb gave Mike the equivalent of soccer’s yellow card ! Jokes and funny stories were the order of the evening — everyone was howling by the end. One of the funniest parts was when one of the Swiss riders, Daniel, gave his teams “Original Tip fo the Day”. He started off in English explaining the nature of the tip and then dropped into Swiss German and continued on demonstrating…SOMETHING! As soon as he switched languages, the entire room erupted!

…. I’ll keep typing, but I may not get to upload more tonight. At least you know I’m in safely and still having a blast! We’re up over 800 miles now! 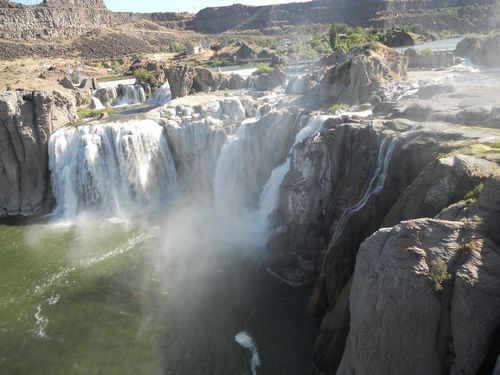 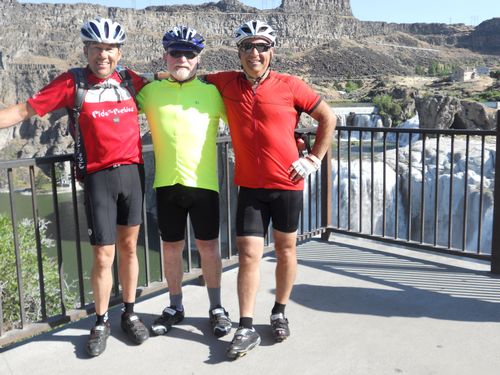 Came upon a couple of Long Ears — had to scratch them… 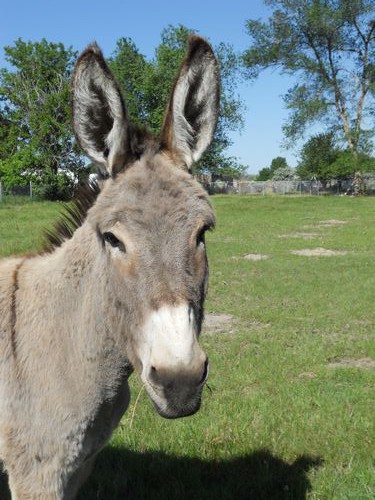 Right before the second set of falls, we came upon this Ghost Bike – a memorial to David Webster who was hit and killed at this location last summer.  It was a very emotional moment for all of us. My dear friend Leo lost his brother Mark last year in a biking accident and they made a similar memorial that is off a highway in Iowa.  Words can’t express what it felt like coming upon this bike today while riding with Leo. My heart just aches for him and his family. 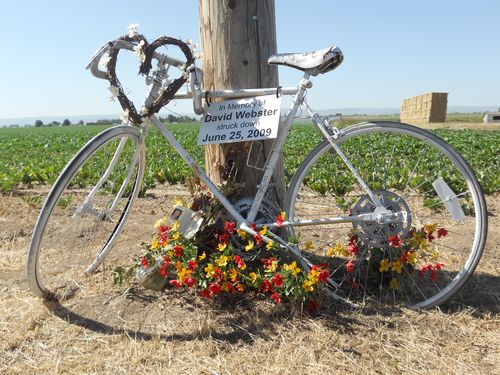