Today’s decision was much esasir than yesterdays. The temperatures were still mild but the pesky wind did not make an apperance while we fed the horses this morning. I started getting ready a little after 10:30am and was on the road by 11:00am. I headed north, as I most often do, but my route this morning took me farther north than usual. 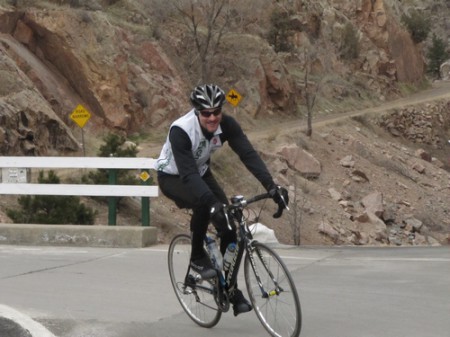 There were riders EVERYWHERE!

While looking at the data for ride segments in my area, I saw there were a couple of climb segments just north of hwy 34 that I didn’t have times for yet. So, that was my goal — ride those segments and get some idea of where I stand on those. It is clear that I am now a “segment chaser.”

I started seeing other cyclists almost immediately and there was a steady stream of them the entire time I was out. There were a handful of women cyclists which was nice to see. One group that I saw was split into two smaller groups separated by a hundred yards or so. Each group must’ve had at least 20 riders in it! Looked like a club ride to me. 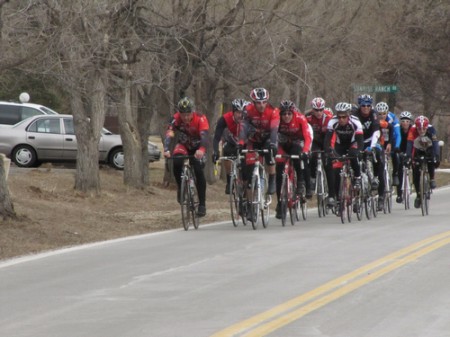 My first personal challenge of the day was staying ahead of a cyclist that was clearly a stronger rider than me. I had turned onto the east-west road from the south and the cyclist was in my rearview mirror the first time I checked. I swear, it is like someone flicks a switch inside me. The competitive juices flow — and I find myself elevating my cadence and pushing to stay in front and open the gap if possible. Initially, my efforts resulted in a bigger gap, but I think the other rider was on to my game. He closed the gap as we approached a quarter mile uphill grade. I upped the ante and dug a little deeper. This effort allowed me to keep the lead to the top, at which point the other rider came along side, said “How’s it going?” in a very sincere, pleasant voice (without even a hint of fatigue). I managed back a somewhat breathless, “Doing well, great day for a ride, eh?” He rode on and gradually out of sight.

The next leg of my ride was rather uneventful. I rode north again and headed for hwy 34 and the road up the face of the dam that is north of there. Funny thing was that as soon as I crossed hwy 34 the winds started to pick up. From nothing to 10-15 mph within a quarter miles time. Really bizzare. And, they didn’t let up. I rode with this wind coming out of the west the entire time I was north of the hwy. It made for slow going but I still enjoyed myself. I stopped and took pictures of the river — not sure, but it is probably is an off shoot from the Little Thompson river. Then I pushed myself  on the ‘dam’ climb — as this was one of the segments I had noted. I climbed it faster than I ever had and I got my heartrate up in the low 160s. Then, after I had crested the top of the climb, I noticed that my computer wasn’t running anymore…. I must’ve bumped it when I was taking pictures down by the river before the climb. So, all for nothing! Well, not really — it was still a great effort and a fun climb. No data to compare with other people’s attempt at that segment though. I guess I’ll have to come back and do it again! 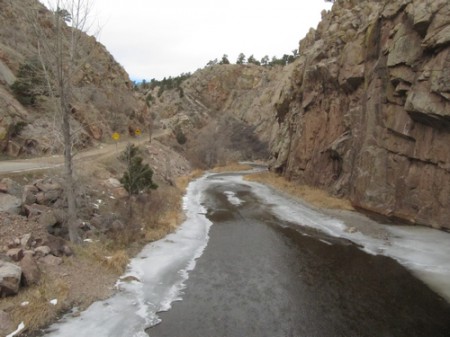 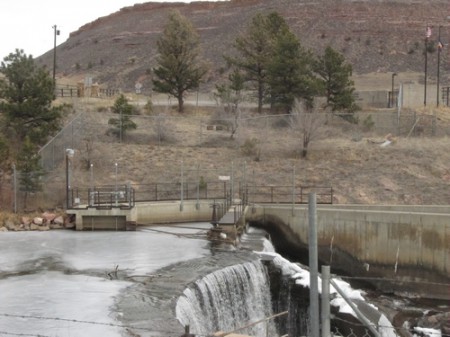 I went past the Emissaries of the Devine Light’s “compound”. Always makes me curious when I ride past their buildings, church and agricultural property. I had to chuckle now — when I got home and was looking at the www.strava.com data, there was a segment that I had ridden named “Creepy Cult Climb”. That is a stretch that starts at the bottom of the hill north of the compound and climbs up to and in front of the main buildings. The person who named that segment sure had a sense of humor (and probably shares my curiosity).

Nothing else of note except that as soon as I was back on the south side of hwy 34 the winds let up. I rode home by way of the Hog’s back and clocked in with just over 35 miles. Not bad for the middle of winter!!! 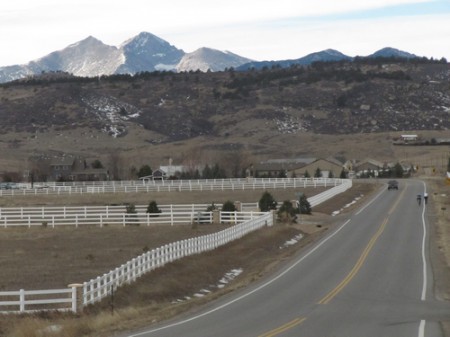