Sorry folks — I’ll have to get back to you. Went to dinner with Leo and Beth (Boulder) and a couple of Leo’s cycling friends. Now it is too late to blog. I promise I’ll get back to it tomorrow!

Was very hot and humid today — but after a rest day the 82 miles weren’t that bad. Tomorrow is 93 miles and we ride along the Erie Canal for almost 30 miles.

I suppose the good news about not writing an entry for Henrietta the other day is that you really didn’t miss much. I took fewer photos on that day than just about any day so far.  The heat and humidity was almost unbearable. Most of my focus was on staying hydrated and keeping my core temperature from getting dangerously hot. My riding partners for the day were Renny and Sarah. We stopped at several gas station/convenience stores throughout the day to get water and use the restroom. Now that we’re in civilazation again, we can’t just pop into a corn field like they do on RAGBRAI.

Sarah and I both got a good chuckle out of this one. For anyone who has seen either my house or my space in the lab at work might also see why I might find this amusing… 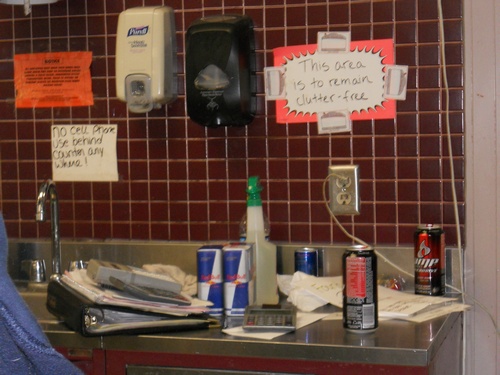 I took a shot of Kim with his American flag pinned to his jersey. Since I’m writing this out of order, I know that I talk about this later — but for those of you reading it after the fact — Kim has a tradition of pinning an American flag to his shirt during the last week of his long rides. Apparently this tradition started back in the late 80’s. This is one that some of us might make our own going forward! 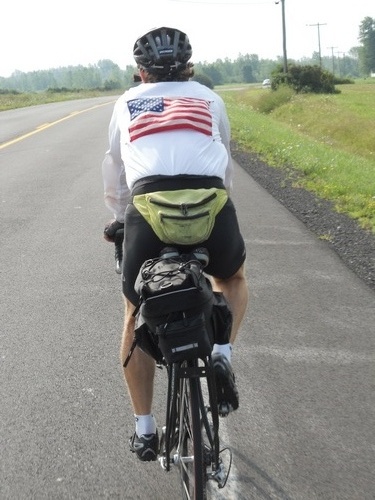 It is hard to remember when things changed from large corn and soy fields to wooded areas with lush undergrowth — but it has. Actually, several of us have noticed that it is difficult to say exactly when the terrain changes. All of a sudden you realize that it has. Andrew says he thinks there are usually three different terrains each day.  He might be onto something. Today it is mostly flat with a few rolling hills. The aroma of the woods is so earthy and rich — it takes me back to my childhood days when I’d go camping with my family. Funny how smells can do that.

I’m pretty sure that’s Sarah on the road less traveled. Hopefully it isn’t the wrong road! Recently there have been several riders doing “bonus miles” — extra miles off route and then even more to get back on route! There is no extra charge for these but even so, I try to keep mine to a minimum. 3,600 miles is plenty for me! 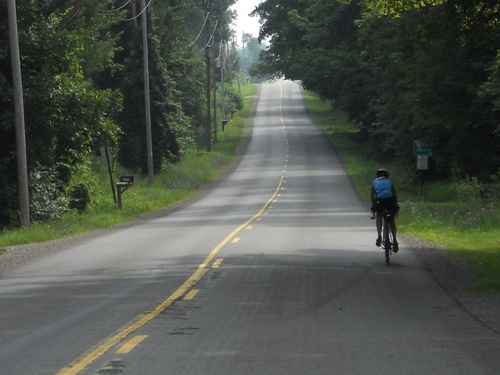 My riding partners for the day — Sarah and Renny. They’re from Jackson Hole, Wyoming now. They are both ski instructors during the winter and Renny is a wrangler during the summer…. but not this one.  Renny has quite a history with horses, fox hunting and polo. Some people have all the fun! 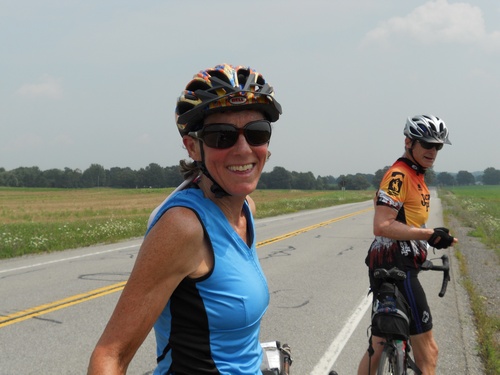 The roads in New York have been pretty good. Tons better than Minnesota — that’s for sure! There’s usually a nice wide shoulder and for a state with financial trouble, surprisingly good surfaces. 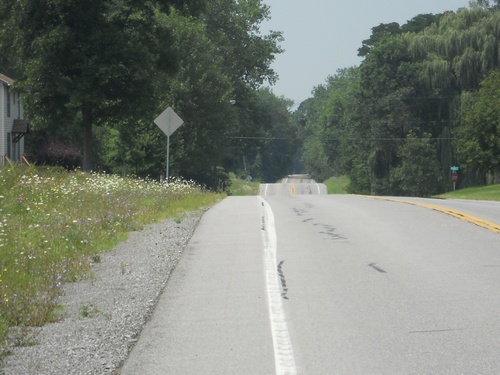 My parting shot is Don — there are many variations of “Helmet Head” on the ride, but I found this one particularly interesting. Don’t try this at home! 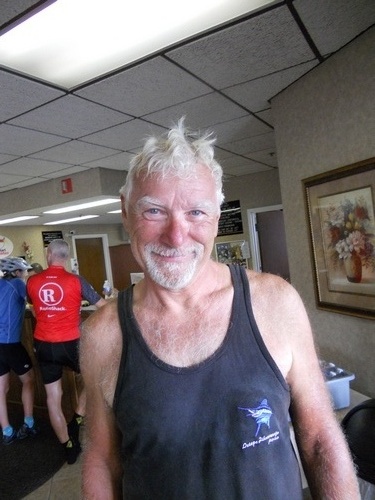