Not much to say. I’m resting! Almost went for a short bike ride along the river but decided it was wiser to give my rear end and soft tissue a day off the saddle.

There’s a bike shop nearby that I will go to shortly and then perhaps take in a few museums. I need to do some walking and stretching to keep my muscles loose and ready to go again tomorrow. It is not a hot today (yet…) as it was yesterday.

Will check in later….

Hmm, must be later because here I am adding more stories and pictures to the rest day. I’m in Mountain Home, ID right now but we got in so early that there may be enough time to do today’s blog entry AND add a few things to this one!

Breakfast was interesting from a “process” point of view. For any of you who have stayed at a Marriot before, you are probably aware that they have a small breakfast area and in this case, they had a “deli” style counter where you ordered your meal and then they would prepare it and bring it out to you. Well, that process probably works real well when there are a half dozen or so guests in the eating area. It kinda falls apart when there are 60 people in line!  What made things worse — they didn’t give you a number, or any other way to associate you with your order. So, every time an order was brought out, the staff went around the enitre eating area asking if what they were carrying is what you were eating!! I was 4th or 5th in line, so things weren’t TOO crazy when I got my meal, but as I ate, I watched things go downhill fast!! But, the ABB staff were on top of things and today, we were served, buffet style, in a meeting room and everything went much more smoothly.

After breakfast, Todd and I wandered over to the bike shop — George’s Bike Shop. A glorious shop with a wide assortment of bikes, clothing and gear. I realize that I’m spoiled rotten when it comes o bike shops but many folks on the ride were like kids in a candy store! I did pick up some  electroltye tablets that I can add to my water bottle. I’m not too concerned right now. I got them more to use in the next few days if/when the temperatures start to soar again. 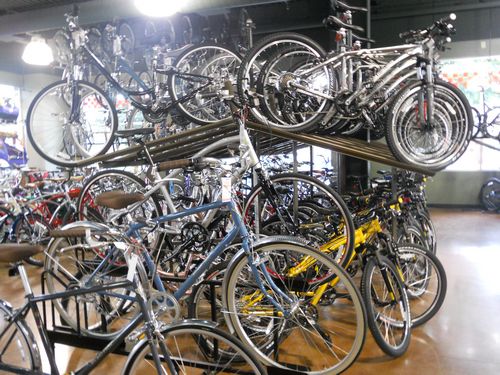 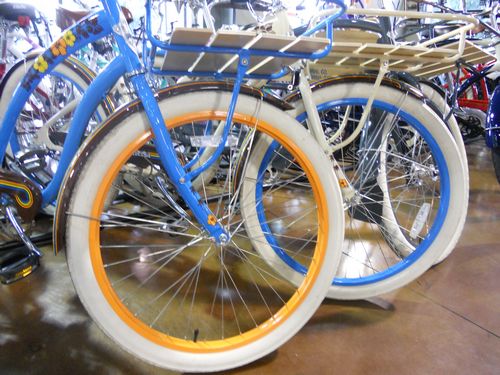 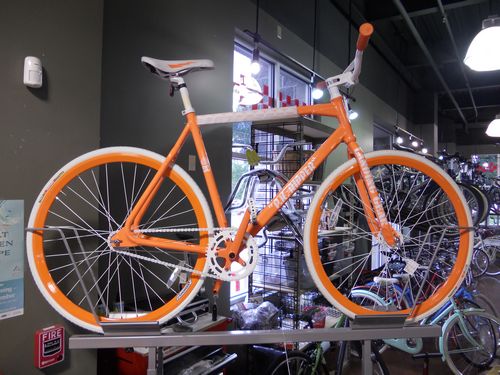 After the bike shop, Todd and I went to a nearby warehouse grocery store. Turns out they didn’t have what we were looking for — but we ran into Mark (from N.J.) who had just purchased a new rolling pin! I asked him to demonstrate… 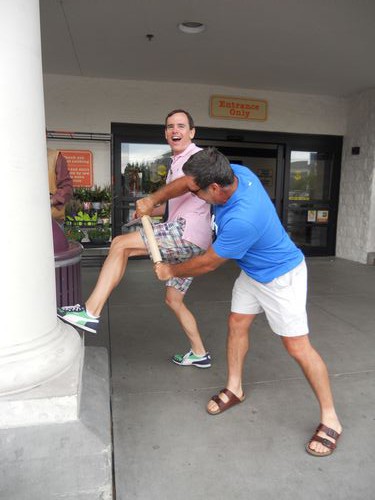 It may look kinda weird, but I actually brought a closed-cell foam roller (sawed off an 18″ length of a full length one so it would fit nicely in my bag) and use it for much the same purpose! After a long day of riding, it is not uncommon for a rider’s illiotibial band to just SCREAM even when lightly massaged.  I try to “roll-out” all the pain after each ride. So far, it seems to be working!

Our journey through downtown Boise continued. I was taken by a billboard I saw that honored a student. Really neat to see positive stuff like this — and imagine what a thrill it is for Clinton Peter! Wonder if we’ll ever see something like this in Boulder, Berthoud or perhaps Greeley? 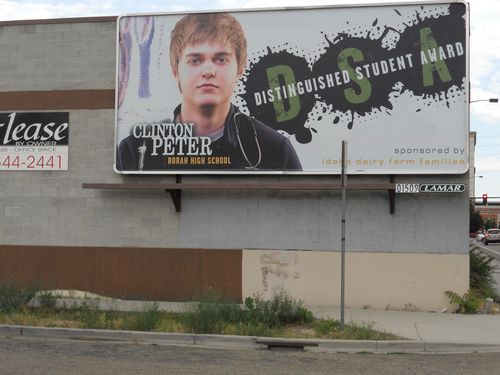 Passed a cool escalator too — nothing special about it other than the artwork! 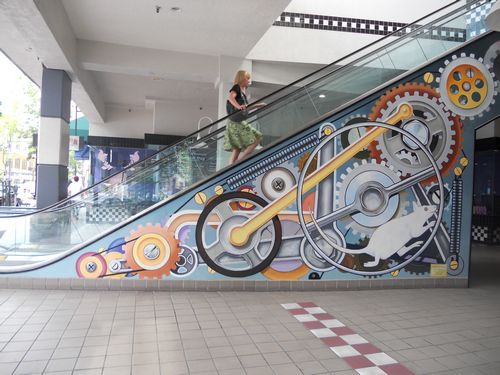 Boise really is a small big town, or a big small town, but it does not come across as a “city” to me. It is the city, county and state center of government though. If I hadn’t know that though, I never would have guessed. It is not terribly busy, not much traffic and has more a Boulder artsy feel to it than a metro/business feel. And, although I am losing track of the days, I’m pretty sure yesterday was a weekday, so things were probably at “full throttle.”

Our destination was a Basque Ale house for lunch. It was located across from the oldest Boise brick dwelling ((now preserved) and in front of it was a score of music that Andrew (who now teaches music and art) agreed to play or us on his virtual piano. 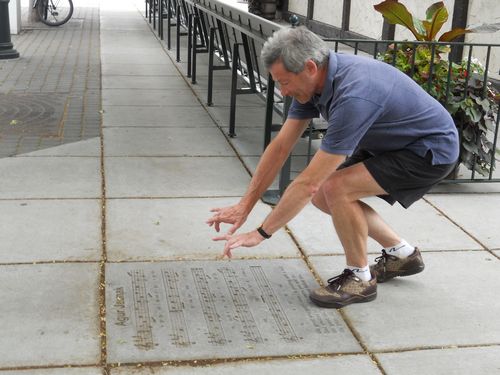